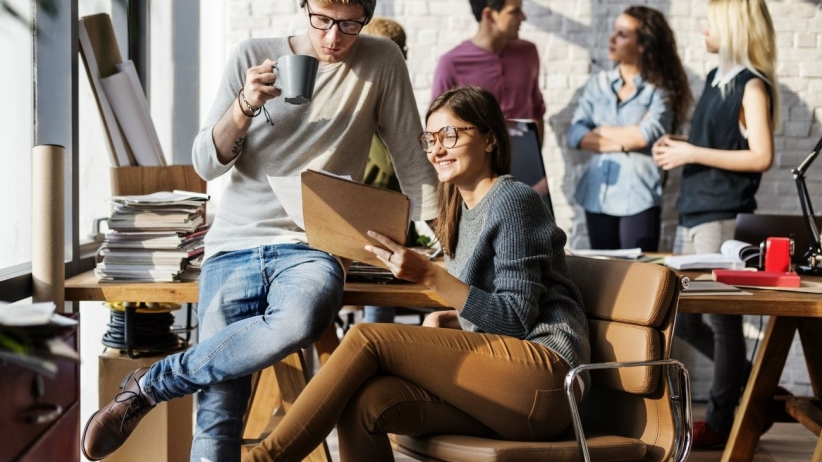 A brief history of the coworking concept

How many years does the coworking concept have?

Even the idea of “Coworking” seems very young and modern, the concept of co-working and of sharing the office wasn’t born yesterday. Actually, who does not speak about coworking spaces, being freelancer or digital nomad nowadays? Freelancers and entrepreneurs are not alone in these spaces anymore, every day more and more companies see the value of working in a space like this.Where and how was born this revolutionary concept which broke the working status quo the way we had understood until then? In Coworkidea we’ve been digging a bit to know more about the history of coworking spaces to create this brief timeline. 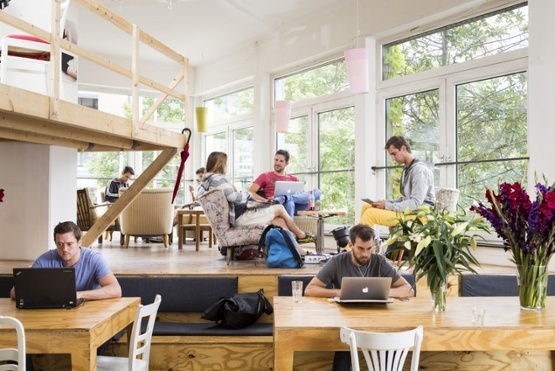 The C-base is considered one of the first models of coworking spaces, and as anyone could imagine, it was born in Berlin, one of the most innovative cities in the world. In the beginning, t was created as an association, and it was a space very oriented to a like-minded community, with common interests for computers, the technology and for working under the same roof.

Together with Metalab in Viena, the Berlin project inspired the birth many similar co-working spaces in the United States. 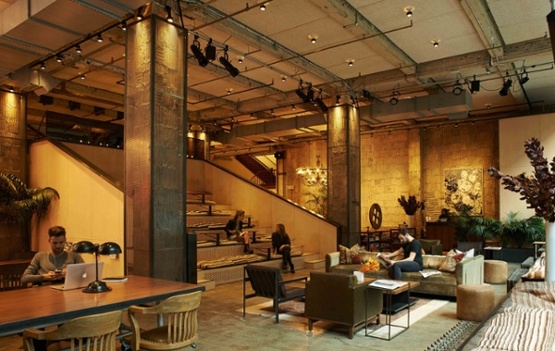 1999: Bernie DeKoven uses for the first time the term “coworking”

In 1999, the American video game designer Bernie DeKovem, who was dedicated overall to study the benefits of the games, created the word “coworking”. For him, coworking means “working together as equals“, a sentence which contrasts with this other one “working together, yet separate“, probably the one which defines more the concept we are used to. This DeKovem sentence keeps being an essential to define the coworking and the collaborative work concepts. 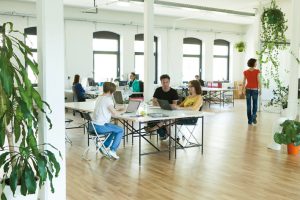 Just a bit after the DeKoven revelation, two Austrian entrepreneurs with two more partners and some collaborators (architects, communication consultants, startups etc…) gave another important step within the coworking history. They stopped working from home to open their own community: Schraubenfabrik. Despite it was not defined as a coworking, the space was thought exclusively for the community and their working comfort. They defined it as a center for the community. 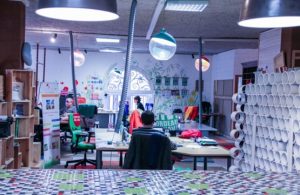 The developer Brad Neuberg launched officially the first coworking space in San Francisco. The association offered in the beginning between 5 and 8 desks two days per week, with wifi and shared meals. A year after, the space closed to open the way in 2006 to the famous Hat Factory, nowadays also closed.

During those years, many coworking spaces where open with a similar spirit and the cibercafés startes to be seen as working spaces as well. In  2005 one of the first cafeterias in Berlin open with free Wifi open to everyone who wanted to come and work with a laptop. In 2007, La Boate (Marseille, France) was open and in 2008 la Cantine and la Ruche in Paris.

In 2007 the coworking concept started to be considered as a new trend within the data base of Google and of other browsers as well. Since then, the search volume of “coworking” and other related words like  digital nomads, hasn’t stop growing. In fact, as it has already its own page on Wikipedia, it can be considered an official existing concept.  😉

2017: coworking as a space of transformation

During these last years the coworking spaces have started to appear in all the continents and they have changed the working method and paradigm to thousands and thousands of people. These spaces have provided a different and new value day by day to freelancers, small companies and startups worldwifde. Do you have any curiosity to know how many coworking spaces there are in the world? We’ll tell you: there are currently more than 14.000 coworking spaces in the world, and around 240 are just in Barcelona. This ain’t a joke my friends!
😉